V-Nova Vibrant as They Approach 2 Years in the Spotlight

Jan Ozer March 12, 2017 Blogs Comments Off on V-Nova Vibrant as They Approach 2 Years in the Spotlight 277 Views 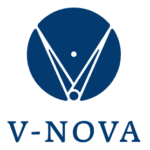 V-Nova launched their PERSEUS codec on April 1, 2015, an inauspicious day, particularly for a codec vendor making claims like, “offering UHD quality at HD bitrates, HD at SD bitrates, and SD video at audio bitrates.” That day, I was on a thread that proposed alternative headlines; my favorite, which was not penned by me, was, “Startup does something proprietary that will never be a standard; asserts wild claims along the way.” Cynical, for sure, but those on the thread had seen more than a handful of similar announcements.

Lots has happened since then. In March, 2016, I visited Sky Italia in Milan, and V-Nova in London and learned that the technology was, in fact, real (if not quite up to the initial hype). During 2015, the owners of HEVC IP, most notably those working HEVC Advance, collectively seemed to try their best to ensure that the supposed replacement for H.264 would never succeed. Whether intentional or not, their actions seemed to have worked, as encoding.com recently reported that HEVC usage among their customers dropped from 6% in 2015 to 3% in 2016.

Whether the fumbles in the HEVC IP ownership group interrupts the orderly transition from H.264 to HEVC remains to be seen; certainly the Alliance for Open Media hopes so. But so does V-Nova, as I report in my Streaming Media article entitled, V-Nova Perseus: A Progress Report. Check it out to read about V-Nova’s latest progress and developments, and look for a major announcement from the company on April 1, 2017.

I help companies train new technical hires in streaming media-related positions; I also help companies optimize their codec selections and encoding stacks, and evaluate new encoders and codecs.
Previous Standards are Failing the Streaming Industry
Next How to Cut Encoding Costs by 75% in 30 Minutes or Less