Ideahub and Helios Streaming LLC have sued three streaming publishers, Showtime, Vudu, and Crackle (and other Sony Properties), for infringing upon a set of DASH patents. The suits, all filed in Federal District Court in Delaware, came within days after MPEG LA seemingly shuttered its DASH Patent Pool, which now states, “The DASH Patent Portfolio License is no longer offered to new Licensees. Existing Licensees continue to be covered.” While this appeared to cease related licensing efforts, that clearly isn’t the case.

According to the complaints, the patents were mostly “invented by researchers of the Electronics and Telecommunications Research Institute (‘ETRI’), the national leader in Korea in the research and development of information technologies,” and that the “Asserted Patents claim technologies fundamental to Dynamic Adaptive Streaming over HTTP (‘DASH’).” Ideahub, a South Korean company that provides a range of IP-related services, acquired the patents in 2018, which it licensed to Helios on an exclusive basis soon thereafter. Helios was a licensor in the MPEG LA DASH pool.

For the most part, the complaints seem to describe typical patent infringement suits, including stating the plaintiff’s willingness to license the asserted patents under Fair, Reasonable, and Non-Discriminatory (“FRAND”) licensing obligations, which is required for standard-essential patents (SEPs). Pricing isn’t mentioned in the complaints, but for perspective, the MPEG LA pool sought $0.05 per unit after the first 100,000 units with an annual $5 million cap per legal entity and affiliates (down from a $30 million cap when the pool launched). Of course, this was for all the patents in the pool, not just the Helios patents.

Interestingly, in the Vudu and Crackle filings, the complaints detail Helios’s attempts to enter in substantive licensing discussions with the defendants who refused to engage. All three complaints label the defendants “unwilling licensee[s]” and claim that “Plaintiffs would not be bound by any FRAND licensing obligation for purposes of this action.” In other words, if you’re an unwilling licensee, the plaintiff should be free to pursue royalties without any FRAND limitation.

A cursory review of the case law reveals that lack of good faith negotiating tactics have enabled plaintiffs in the U.S. and Europe to win injunctions in SEP-related lawsuits, but no cases where FRAND was waived. Swinging for the fences, all three complaints requests, “a declaration that this case is exceptional under 35 U.S.C. § 285, and an award of Plaintiffs’ reasonable attorneys’ fees.” Read more about the Vudu and Crackle suits. 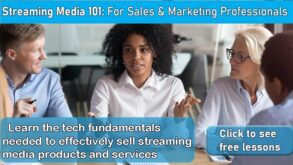 This video tutorial teaches you how to convert speech-to-text in Premiere Pro. I’ve been using …