DASH: The Most Popular Format (almost) No One is Using

Okay, so the title is a bit of an eyeball grab, but it is based in fact. In preparing for a session on making the switch from Flash to HTML5 to be held in a couple of weeks at Streaming Media West, JW Player VP John Luther prepared some statistics about codec usage in the JW Player network.

By way of background, JW Player is used on over 2 million websites and plays over 17 billion videos a month. John reported that while the majority of playbacks are via HTML5, as opposed to Flash, the dominant share of these are progressive, not adaptive. This means that they are based on the generation 1 HTML5 video tag, rather than the Media Source Extensions. As shown in the pie chart below, of the adaptive streaming formats, HLS has a dominant share at 14.7%. In contrast, DASH usage in the JW Player network is around 1%.

To be fair, JW Player didn’t announce support for DASH until August, 2015, and the JW Player network doesn’t include large scale DASH users like YouTube, Netflix, and Hulu. That said, clearly among the companies represented in the JW Player network, DASH support is very small. On the continued use of HLS, Luther added, “In preparation for a “Flashocalypse” in 2016, all the major video players (including us) are working on HLS implementations in Javascript using MSE. I think that HLS, not DASH, will be the tipping point for MSE use.” Take that, DASH Kool-Aid drinkers!

Dan Rayburn and Eric Schumacher-Rasmussen, who are producing Streaming Media West, have done an excellent job assembling a stable of knowledgeable and insightful seminar leaders and participants like Luther. It’s a great place to learn about streaming technologies, and to meet and greet market leaders who are making it happen. If you haven’t made plans to attend, you still have time. Hope to see you there. 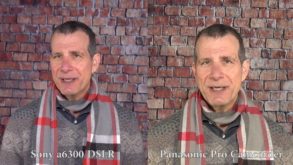