After the Streaming Media article published, NETINT asked me (Jan Ozer) to compare output from its Codensity T408 Transcoder to the three HEVC codecs tested in the article via the Subjectify service used for subjective testing in the article. This report details the results.

Using a service called Subjectify, we crowd-sourced subjective video comparisons of output from the NETINT Codensity T408 Transcoder, Intel’s SVT-HEVC codec; NGCodec’s FPGA-based HEVC encoder; and x265 using the medium and veryfast presets. The results below reflect 2508 pairwise judgments within which the NETINT (ni265) clip was compared to the other technologies 1179 times. With four videos and four competitors, this means that the NETINT technology was compared to the others about 74 times per clip, per competitor. As shown in Figure 1, NETINT (ni265) was preferred by a significant margin over all other codecs. 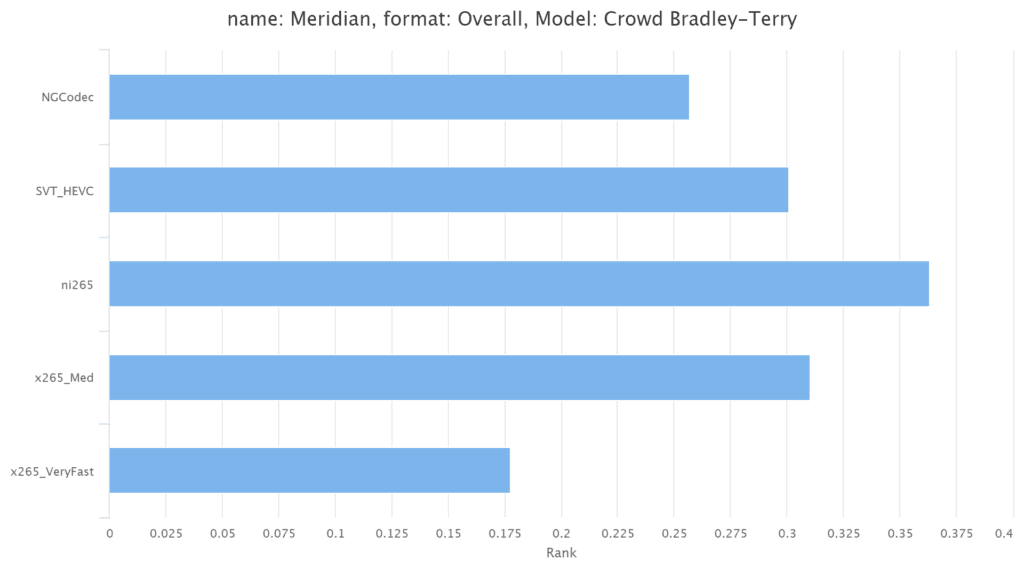 If your application calls for the dense transcoding of HEVC you should definitely consider the Codensity T408 Transcoder.

I help companies train new technical hires in streaming media-related positions; I also help companies optimize their codec selections and encoding stacks, and evaluate new encoders and codecs.
Previous When and How to Use Objective Quality Metrics
Next Open and Closed GOPs – All You Need to Know