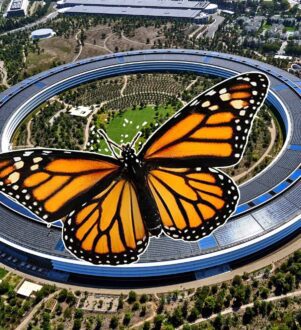 When a Butterfly Flaps its Wings in Cupertino, VVC’s Success May Be Assured

Jan Ozer February 6, 2022 Codecs Comments Off on When a Butterfly Flaps its Wings in Cupertino, VVC’s Success May Be Assured 889 Views

Given that VVC is top of mind right now, I just wanted to report that IAM has announced that it appears that Apple has purchased 14 VVC-related patents from a Korean inventor. IAM is connecting a lot of dots to (I think) make this claim, which goes something like this.

I’m being vague because the article is subscription only and I don’t want to steal IAM’s thunder.

I asked a colleague knowledgeable in standards-based IP if it was possible to verify whether the patents Apple acquired were VVC-related. Here’s the response.

The assignment data is public, so you can independently corroborate this. Here’s one assignment to Apple.  Note that the execution date of the assignment is 12/1, a month before XRIS joined Access Advance’s VVC pool.  This is one of the patents Apple acquired.  Note the priority date here:  1/2/19 – about 9 months after JVET (the MPEG subcommittee that set VVC) announced the 13 core experiments for VVC, which directed development on VVC from 4/18 through its conclusion.  I’ve attached the JVET meeting minutes for the 4/18 meeting, which, again, set out the areas of innovation the SSO would focus on over the next 2 years.  Note, on page 133, that Bae-Keun Lee (then of KT) attended.  He is the inventor of the patents and apps Apple acquired.

So, to put all this together, Apple acquired assets from XRIS, at least some of which (I haven’t looked at them all) were filed right in the middle of VVC standardization by someone who participated in VVC standardization and which relate to video coding.  I think they’re likely to be VVC-essential patents.  Or at least, I think Apple thinks they are.

The same colleague opined that Apple was going all-in on VVC to support its planned VR/AR headset, which reportedly will have 12 cameras, necessitating some pretty intense video compression technology. While it is possible that Apple might develop chips for their own codec, it seems more likely that Apple would use a standards-based codec instead.

Apple has long been associated with VVC (see here) and already owns some VVC-related patents (see here), though the company doesn’t appear to have joined either the Access Advance or MPEG LA pool. Still, it’s one thing to monetize internal R&D and quite another to invest in third-party patents, though Apple has certainly done that in the past.

For perspective, we all remember the hubbub after Apple added HEVC to its product line (see, for example, here, here, and here). While this didn’t trigger the instant use of HEVC that many predicted, clearly if Apple had decided to support AV1 instead, the video codec landscape would look quite different today.

Let me be clear; the IAM article merely reports the Apple purchase and connects the dots as described, as did my colleague. Neither source stated that these purchases mean that Apple plans to support VVC in its full product line. But if the patents are VVC-related, and Apple does fully support VVC, it could be as seismic as Apple supporting HEVC.