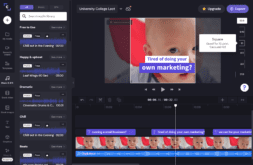 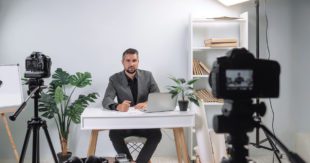 By now you’ve heard that there’s a new version of Final Cut Studio shipping from Apple, aptly called “the New Final Cut Studio.” What’s new? Well, it starts with a new price of $999, $300 less than Final Cut Studio 2. You can upgrade to the new suite from any previous version, even Final Cut Pro 1.0, for $299. All suite components were upgraded (to varying degrees) except for DVD Studio Pro—which, as you may recall, wasn’t upgraded in the previous suite either. Fear not, however (are you sitting down?): The suite upgrade does enable a modest level of Blu-ray Disc authoring. More on that later.

There are more than 100 new features spread over the suite, but here I’ll focus on Final Cut Pro and Compressor. Although I had a 2-hour product briefing from Apple, I couldn’t actually test the product before submitting this column, so I’m simply reporting what I saw and heard.

The first key thing to note about Final Cut Pro is that the interface is unchanged. As for new features, the most significant is a Share option that lets you produce a new range of outputs right from the timeline, including Blu-ray Discs, various quality levels of YouTube and MobileMe output, as well as any setting created in Compressor. You can batch your outputs, but what’s really neat is that all rendering occurs in the background so you can keep working in Final Cut Pro after you share the timeline. No more creating QuickTime reference movies and loading them separately into Compressor.

[Authors note: As I discovered after I wrote this article, if you use the Share command, you can’t encode using Qmaster. Click here for more information on this limitation.]

Also significant are three new flavors of ProRes. At the high end, there’s a new ProRes 4444 (330Mbps at 1080p), and there are two lower-bitrate versions: ProRes 422LT (100Mbps at 1080p) and ProRes 422 Proxy (45Mbps at 1080p). During the demo, the Apple rep showed me side-by-side versions of an original test video and ProRes versions all the way down to Proxy, and the videos appeared visually identical as I stood about 3′ from the monitor.

As the Apple rep explained, ProRes 4444 (the last 4 is for alpha channel) is for post houses that need a high-quality intermediate format with alpha channel, while the lower-bitrate versions are targeted at AVCHD and HDV producers. I challenged the need for the latter, commenting that Final Cut Pro edited HDV very efficiently in my projects and tests. That’s true, the product manager agreed, before telling me something I didn’t know.

The product manager explained that Final Cut Pro’s ability to work with multiple cores is usually limited by the codec used for preview and, ultimately, rendering. Final Cut Pro uses a very limited number of cores for HDV but can implement all available cores for ProRes, which should make all previews and even final rendering much faster. Of course, before the upgrade, the most efficient version of ProRes costs you about 150Mbps, six times more than HDV, which is a stiff price to pay. I’ll be eager to try the 422LT and Proxy versions in my next HDV project. While discussing new format support, I should note that Apple has also included support for AVC-Intra in Final Cut Pro and Color 1.5.

Let’s get back to Blu-ray for a moment. When I say Final Cut Studio now incorporates a modest level of Blu-ray Disc authoring, I mean multiple HD menu presets and the ability to create your own presets in Motion, with automatic chapter menus created for all menu markers. I don’t think you get menu branching, and you certainly don’t get the pop-up Blu-ray menus available in Adobe Encore CS4 (see my tutorial in the November 2008 issue). Still, what you get is sufficient for most corporate and indie productions, which appear to be Apple’s targets. You can also record AVCHD discs with menus on legacy DVD recorders, which can contain up to about 40 minutes of HD video and can play on many Blu-ray players.

Also new is the ability to share a project preview via iChat, complete with timecodes. This function transmits the output of either the preview monitor or the viewer to an iChat client, complete with timecode, so you can easily preview and discuss the project with a remote client or collaborator. The iChat quality looked extremely good, and the display seemed very responsive even though the iChat client connected via wireless.

There’s also a keyframeable speed adjustment utility that’s much easier to use than the older slo-mo effect, which required an engineering degree to figure out. It’s the first speed tool I’ve seen that has a “ripple” option, which lets you decide whether to push back subsequent clips on the timeline when you slow a clip down or to simply fill the same space with the slower video.

Since you can access any Compressor preset from Final Cut Pro’s Share feature (and render in the background), you probably won’t use Compressor to render files produced in Final Cut Pro. In addition to encoding stand-alone files from other sources, you’ll primarily use Compressor to create presets. Apple has added a neat “auto-detect” setting that lets you easily create a preset from any existing encoded file, as well as enhanced droplets that you can tweak outside of Compressor.

The enhancements to Final Cut Pro and Compressor alone will make it hard for serious producers to resist the lure of this new version, and few should. It’s a release packed with utility at a very aggressive price.

I help companies train new technical hires in streaming media-related positions; I also help companies optimize their codec selections and encoding stacks, and evaluate new encoders and codecs.
Previous Producing H.264 files for Flash distribution with Telestream Episode Pro
Next Reflections on H.264 and Silverlight from a week at Stanford