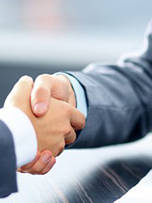 When HEVC Advance first proposed royalty rates and policies in July 2015, the terms were almost universally criticised, if not vilified. Recognizing that the proposed structure would slow HEVC adoption rather than promote it, HEVC Advance has issued a sweeping revision that addresses nearly all of the earlier concerns. While the ultimate fairness of the new terms will be determined by those who have to sign the license agreement and pay the royalty, the new terms are much closer to those for competiting offerings and older technologies like H.264.

In this article, I’ll detail the new policies, then transition to a question-and-answer session with HEVC Advance CEO Peter Moller. I’ll also present a short Q&A with Joe Inzerillo, executive VP and CTO at MLB Advanced Media, who was one of HEVC Advance’s most vocal critics.

Table 1 shows the new hardware/software royalty structure for licensing the Main Profiles in Region 1 countries (essentially, the developed world). As you can see, the royalty in each class was reduced, but the big news is the annual cap.

As we’ll explore in the interview with Moller, HEVC Advance hopes to license each computer or device once, and then enable other complementary viewing applications, like additional browsers, to leverage that functionality. However, other programs that offer HEVC encode/decode capabilities, like consumer (but not commercial) editors and encoders, would be subject to an additional royalty.

Table 2 shows the royalty structure for content. As stated above, the “attributable revenue” measure is gone; as with MPEG-2 and H.264, royalties will only apply to content directly paid for by the viewer. Once a company licenses HEVC, subscription fees will be due for all subscribers that receive HEVC encoded content, have a subscription that gives them access to HEVC encoded content, or possess a device (e.g., set top box) which is capable of receiving and enabling the viewing of HEVC encoded content. For this reason, the subscription license starts at $0.005 per month, one fifth the final $0.025 rate, with an intermediate stop at $0.015 in 2018-2019.

Each royalty class caps at $2.5 million annually, and the total content royalty can’t exceed $5 million. Companies that produce both devices and content, like Apple and Amazon, could potentially pay up to $45 million per year. This compares to $25 million for MPEG LA, and of course, will be in addition to that amount.

The new structure also has an automatic royalty credit of $25,000 per year, exempting smaller producers. There are also lower rates for Region 2 countries for both device and content royalties.

These rates apply for five years. Beyond that, there is a 20 percent cap on rates for each five year period, so rates from 2021 to 2026 can’t increase by more than 20 percent across the board.

Along with the new royalty structure, HEVC Advance announced an incentive program designed to encourage HEVC users to quickly sign a license. This is shown in Table 3. Basically, there are two incentives: You’ll get a break on royalties due on products sold before you signed the license, including up to a 50 percent reduction on the annual cap, plus a 10 percent discount through the end of the first license period. Those are the carrots. The stick is that if you don’t sign within 12 months, standard rates will apply but there will be no caps, and of course, no 10 percent discount going forward.

As an example, Apple started selling iPhone 6 units with HEVC in September 2015, and has sold hundreds of millions of units. If Apple signs a license with HEVC Advance before the end of June 2016, it gets a 50 percent break on past royalties, which probably limits its exposure to $40 million (two annual caps of $20 million). If Apple doesn’t sign a license, the potential exposure would be $0.80 per phone, with no caps, easily hundreds of millions of dollars.

Streaming Media: What motivated the changes?

Moller: We obviously missed the mark on what’s acceptable to users. The first rate structure was impinging the adoption of HEVC, which was the complete opposite of what we hoped to achieve. Clearly our first structure didn’t satisfy many potential early adopters and we needed to fix that.

Streaming Media: Do you have any licensees yet?

Moller: No, but we really haven’t opened for business yet. We will start offering the portfolio as of January 1, 2016, and have a substantial incentive program [described above]. We’ve discussed the new program with many potential licensees, and the response has been very favorable.

Streaming Media: One big issue for streaming producers has been the lack of browser-based playback. How do you see this resolving?

Moller: Our vision is to get paid once for a computer or device, and that other programs that are installed later that perform the same basic functionality can leverage that capability. So if HEVC encode/decode gets installed as part of Windows 10, and the user then installs Firefox, the new browser can leverage HEVC playback without incurring a separate royalty. We’re talking with all the big desktop and mobile OS vendors to try to make this happen.

Streaming Media: Speaking of Windows 10, how do you see the upgrade market being handled?

Moller: Again, the incentive program offers a very substantial discount on past sales, but really it’s the cap that limits the expense of huge upgrades like Windows 10.

Streaming Media: The caps and lower rates are nice, but you’re still as much as six times higher than the $0.20 per unit charged by MPEG LA. How do you justify this? And where are you in the patent review process?

Moller: The review process is ongoing, but slow. We’ll have 480 patents vetted when we launch, but hope to have three times that by the end of 2016, and will end up with several thousand.

Two other points. First, our licensees are not just getting the benefits of existing patents, they’re getting the benefit of all patents all of our licensors add to the pool over the next few years; it’s every essential HEVC patent owned by each licensor now or in the future. This will be a substantial number.

Second, not every patent is worth the same. If you look at the value of the patents that we represent, we believe that the pool provides substantial value in comparison to any other yardstick.

Streaming Media: We keep hearing about a third HEVC patent pool. How likely is this?

Moller: The only people we hear this from are analysts. We’re in discussion with a lot of players and we’re not aware of a third group. There may be some IP owners out there waiting to see what happens if HEVC Advance gets it right. We think we have, and expect other companies to join the group.

Streaming Media: How has the Alliance for Open Media affected your structure?

Moller: The codec proposed by the Alliance didn’t motivate the change. But there are substantial companies in the Alliance who were refusing to adapt HEVC and said the terms were delaying adoption. That was motivating.

We think HEVC is the only codec that can span the ecosystem from broadcast to streaming, and want to be ubiquitous across all these markets. We needed a program that stimulated demand rather than retarding it, to find a way to work with browser and OS guys. We think we have that now.

Joe Inzerillo of Major League Baseball Advanced Media was one of the most vocal critics of the original HEVC Advanced proposal. HEVC Advance briefed Inzerillo on the proposed terms, and he was kind enough to share his thoughts.

Streaming Media: You were a vocal critic of the initial HEVC Advance proposal. What do you think of the new terms?

Inzerillo: The original pricing and structure was simply untenable, and it wasn’t just us; I think the entire industry felt that way. It definitely had a chilling effect, and HEVC might have lost six months from a development perspective. The new terms are structurally very encouraging, and far more in alignment with common practices and how companies think about pricing. It’s a lot closer to MPEG LA, whose terms were almost universally embraced.

But the devil is in the details, and we haven’t seen final terms for critical aspects like indemnification. We have to know that if a third-party dark horse arises and claims that we’re stepping on their IP rights, the licensors will take care of us.

Streaming Media: What’s your sense of the legitimacy of the IP owned by licensors in the HEVC Advance group?

Inzerillo: They are all real companies with real technologies, but patents are very complex, and without previous litigation, or deep evaluation, it’s tough to say if they would hold up or not. Frankly, we didn’t even begin that analysis because we weren’t close to a meeting of the minds on the fundamental business terms. Now that we have a structure, we can look into the details and see if there is substance there.

Streaming Media: How deeply will you analyze the patent portfolio before you license?

Inzerillo: Typically, we would hire outside legal counsel to examine the portfolio. We’ll also start talking to other companies in the same boat. A lot will also relate to the terms of the indemnification; if we’re comfortable that we’re protected, it might impact how much we scrutinize the underlying IP.

Streaming Media: When will we see an HEVC-based product from the MLB?

Inzerillo: Though HEVC isn’t exclusively tied to 4K, that’s where we’ve done some initial experimentation. Comparatively speaking, producing 4K movies is simpler than live sports production; you simply choose a different output for your movie. For live sports, you have to reinvent the entire workflow from whole cloth.

Until HEVC became realistic from a business perspective, it didn’t make sense for us to invest in a product or technology that might never make it to market. Assuming that the indemnification language is acceptable, the new terms have the potential to accelerate our investment in 4K and UHD quite substantially.